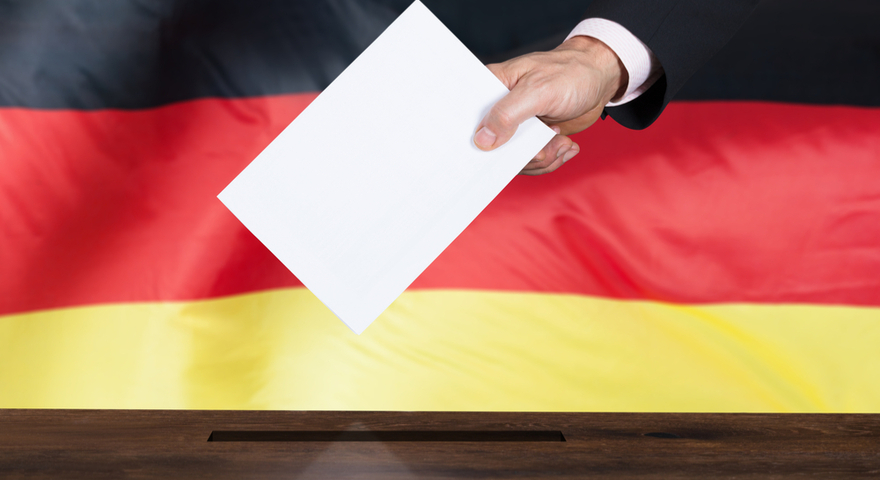 The STOs arrived in Berlin on 20 September. On 21 and 22 September, the mission held meetings with national authorities and stakeholders in the field of youth participation. On election day, STOs were deployed to Aachen, Bamberg, Berlin, Düsseldorf and Heidelberg where they observed voting and vote counting.

AEGEE Election Observation found that elections were well organised. In particular, no major complaints have been filed either before, on, or after election day.

With 76,2%, voter turnout was significantly higher than it was in 2013 (71,5%). Every second voter is older than 52. In the nineties, this average voting age was around 46 years. However, 30 years old or younger voters made up only 16% of voters. This correlates with claims that young voters have been systematically neglected in the electoral campaign.[1]

Based on the observation of the AEGEE Election Observation mission, young people were represented in the polling station commissions where on average 20% of officials were under 30 years old.

According to the Eurobarometer in 2016, only 6% of German youth were members of a political organisation or party, but 66% of young people were active in the civil society (in youth clubs, NGOs, cultural organizations, etc.) [3]

In the 2017 Bundestag election, a total of 16 candidates under 30 have been elected, constituting a 2,5% of the new Bundestag. The majority of young deputies are representatives of AfD (6) and FDP (5), while CDU, SPD and Linke had very few successful young candidates (3 – 1 – 1, respectively).[4]

According to the German Electoral law (paragraph 54) anyone interested is entitled to observe the elections. AEGEE Election Observation welcomes this progressive legislation that allowed the team to observe without any accreditation. However, AEGEE Election Observation STOs noted that local electoral commissions were not always familiar with this particular provision.

AEGEE Election Observation was refused access to one polling station in Bamberg. Furthermore, STOs were refused to ask questions in three polling stations in Düsseldorf and had to show IDs before entering the premises on one occasion in Berlin.

During vote counting, AEGEE observers noted diverse levels of efficiency between different polling stations. This was especially the case in Berlin, where an additional referendum was held on the future of Tegel airport. According to local interlocutors, such varying performance may be due to the voluntary nature of training that is provided to polling station staff in advance of every election.

To learn more about how AEGEE Election Observation provides a youth perspective to elections in Europe by deploying international best practice, visit our website projects.aegee.org/eop and follow us on facebook.com/AEGEE.EO. Direct all media enquiries to rebecca.wagner@aegee.org.