Invaluable contribution made by young people to Bosnian local elections 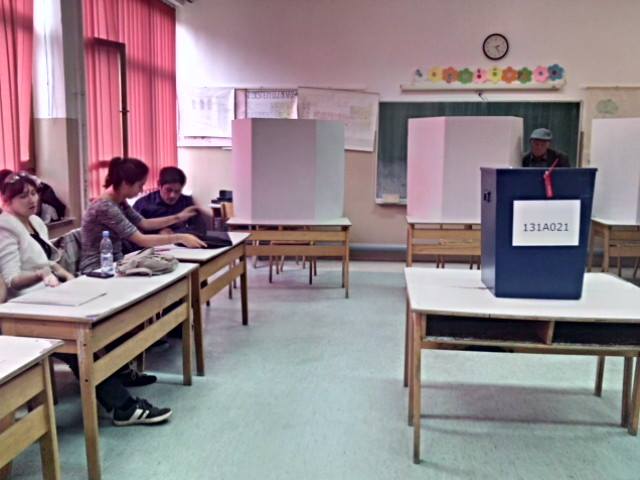 From 28 September to 4 October, AEGEE Election Observation deployed 28 young Europeans from 15 different nationalities in Bosnia and Herzegovina to assess youth engagement in the local elections of 2 October. Observers were deployed to 101 polling stations in Sarajevo, Tuzla, Srebrenik, Banja Luka and Zenica where citizens voted for mayoral and municipal council positions.

At first sight, the numbers illustrate that youth engagement in the local elections was substantial. According to internal quotas in several parties (SDP: 33%, SDA: 30%, PDP: 20%), many young people stood as candidates and were visible to the public. On election day, many young citizens contributed as polling station officials and domestic observers. Whilst individual motivations for participation varied dramatically, it can be concluded that young citizens made an indispensable contribution to the overall successful conduct of the local elections.

AEGEE Election Observation identifies the dire current economic situation, a lack of popular confidence in the political system, occurrences of corruption and nepotism, a partisan media landscape, substantial emigration of young people and, most importantly, the political division of the population along ethnic and religious lines as defining conditions for the elections.

AEGEE Election Observation applauds the initiative “Izbori se za Mostar”, an unofficial poll organised by a coalition of local young citizens in Mostar. “It is regrettable that elections in Mostar could not be held in absence of a political agreement. In this light, I congratulate the young people of Mostar for this demonstration of political will”, says Thomas Leszke, Managing Director of AEGEE Election Observation.

A complete account of the mission’s findings will be presented in the final report, to be published soon at http://www.projects.aegee.org/eop.

To learn more about how AEGEE Election Observation provides a youth perspective to elections in Europe, visit projects.aegee.org/eop and follow us at facebook.com/AEGEE.EO. Direct all media enquiries to Marije Arentze, Director of Public Relations at marije.arentze@aegee.org.