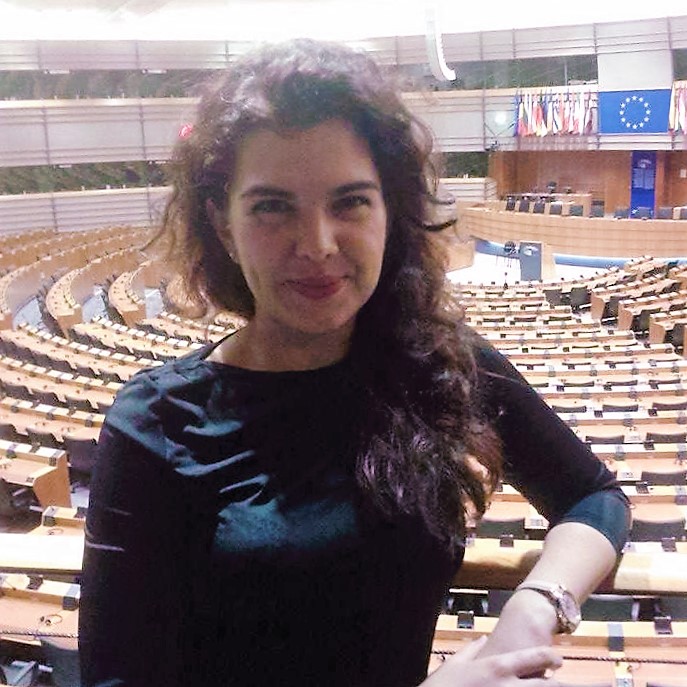 The Mission Coordinators for our Mission to the Romanian Parliamentary Elections have been selected and have started working. They are introducing themselves below: "I am Anna and I am currently based in Warsaw. I have studied Russian philology and economics. I was an Erasmus student in Angers and I had a chance to spend my gap year in Sankt Petersburg as an EVS volunteer. What is more, I had a chance to participate in many various projects in Russia, Ukraine, Belarus and Lithuania.

Elections became my passion in 2010, since that year I have been working on EOMs. I have been a Short Term Observer in Ukraine in 2010, 2012 and 2014 during OSCE/ODIHR missions and in the Former Yugoslav Republic of Macedonia with AEGEE. In 2016 I was a Long-Term Observer in Minsk in Belarus, as part of the OSCE/ODIHR Mission."

As MC1, Anna will be responsible for the instruction, training and briefing of our observers, the deployment plan of the Mission and the coordination with local stakeholders and electoral authorities. "My name is Patricio Borvarán and I am a Chilean based in Europe the last three years. Throughout my studies back in my country I developed an interest in Central and Eastern Europe and did research in Byzantine history. Since I began my master in South Eastern European Studies in Babes-Bolyai University I have become more aware of the importance of politics and youth engagement, taking part in academic and youth activities in places like Greece, France and Germany. In 2015 I was a youth delegate in the World Forum of Democracy for the Council of Europe and this year an International Observer for the local elections in Bosnia and Herzegovina with AEGEE Election Observation.

Romania is for me a particularly beloved country and the upcoming parliamentary elections are a magnificent opportunity to observe the recent changes in the political scenario and current situation on youth involvement."
As MC2, Patricio will be responsible for the mission's outreach; in terms of cooperation with local stakeholders, visibility and fundraising. "I am Mazida, an elections professional in the UK. Specifically, I work for the elections and referendums regulator, as press and parliamentary liaison. This role has allowed me to experience a number of significant and high-profile polls in the UK, however I am very excited to see how systems in other European countries compare to that of my own country.

I have a Bachelors degree in political science from the London School of Economics, and a Masters degree in international development from the School of Oriental and African Studies in London. My career so far has spanned academia, the charity sector and UK party politics."

As MC3, Mazida will be responsible for supervising our observers in their research into youth participation in elections in Romania, for adapting the Election Observation forms we will use to observe during Election Day and the compilation of the Final Report.

We wish our new Mission Coordinators good luck and lots of success with organising the mission to Romania, and we look forward to working with them.